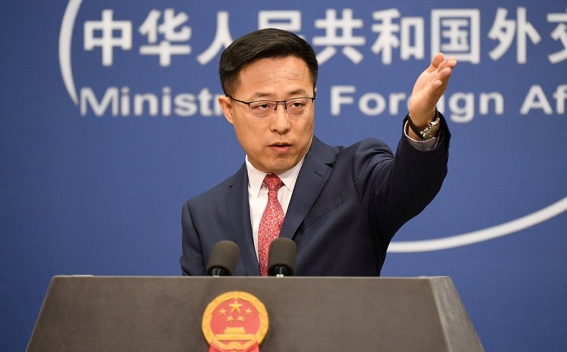 "China has always solved problems while maintaining an independent position," Zhao Lijian said at a briefing, commenting on the G7 statement at a Western female journalist’s request. "We are completely opposed to unilateral sanctions that ignore international law and the UN role," he added.

The West’s restrictions on Moscow cannot solve the Ukrainian conflict, the Chinese diplomat said. "On the contrary, the sanctions will create new complicated problems," he added.

Beijing expects alternative political efforts from the G7 countries that will make it possible to put an end to the Ukrainian crisis, Zhao Lijian said. He also warned that the Chinese leaders would not leave unattended any moves by Western countries if those start undermining China’s national interests.