President of Lithuania Arrives in Armenia on an Official Visit 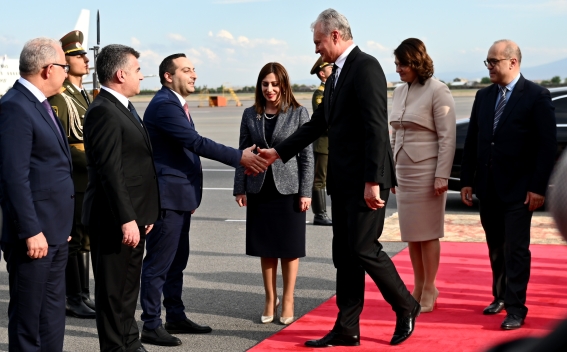 President of the Republic of Lithuania Gitanas Nausėda arrived in Armenia on a two-day official visit with his wife Diana Nausėdienė.

As ARMENPRESS was informed from the press service of the Armenian President’s Office, the high-ranking guest was welcomed at the Zvartnots International Airport in Yerevan by the Minister of Health Anahit Avanesyan, Acting Chief of Staff of the President’s Office Khachatur Poghosyan and other officials.