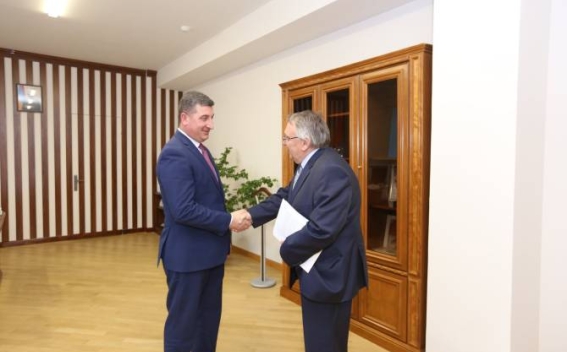 Minister of Territorial Administration and Infrastructure Gnel Sanosyan received Ambassador of the Czech Republic to Armenia Bedrich Kopecky, the ministry said in a news release.

During the meeting the engagement of Czech companies into energy and transportation sectors was discussed.

The sides emphasized the importance of the cooperation of the Armenian NPP with the Czech companies in the field of nuclear technologies.

The discussion also focused on the issue of production of small aircrafts by the Czech Balus Tech company in Armenia’s Stepanavan town. The Czech Ambassador highly appreciated the readiness of Armenia to cooperate with the Czech companies.

Other issues of mutual interest were also discussed.