The Attitude of Artsakh Authorities to Negotiations in Different Platforms Is Unequivocal: Artsakh President’s Spox 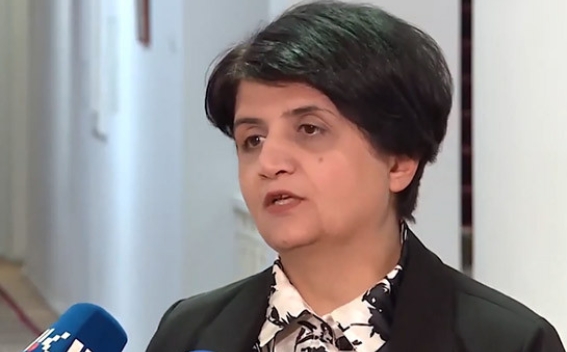 The attitude of the authorities of the Artsakh Republic to the statements made about the fate of the Artsakh Republic and the people of Artsakh in the ongoing negotiations and discussions taking place in different platforms has been expressed several times by the President and the National Assembly of Artsakh, ARMENPRESS reports spokesperson of the President of Artsakh Lusine Avanesyan told Artsakhpress, reminding some of the provisions published by President Harutyunyan in December 2021.

The full recognition of the right of the Armenians of Artsakh to self-determination is not subject to reservation or concession. The exclusive owner of that issue is the people of Artsakh.

The international recognition of the independence of the Artsakh Republic remains the guideline of the authorities. Any status within Azerbaijan is unacceptable.

Returning to the past, not only in terms of status, but also in terms of demographics, is unacceptable. The Artsakh Republic has a task to restore its territorial integrity.

According to the spokesperson of the President of Artsakh, the Artsakh government develops and implements its policy in accordance with the Declaration of Independence and the Constitution, in cooperation with all partners.