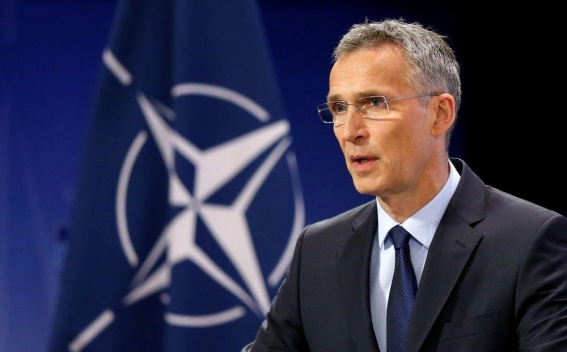 NATO Secretary-General Jens Stoltenberg ''aims'' to get Finland and Sweden into the military alliance ''soon'' despite Turkey’s objections, but cautioned that he ''cannot guarantee'' the swift timeline, Politico reports.

Speaking at a POLITICO event on Wednesday, the NATO chief indicated that while negotiations between the three countries are still underway, no solution had been found yet, less than a week before a highly anticipated summit kicks off in Madrid.

''My aim is still to make sure that they [Sweden and Finland] can join soon,'' Stoltenberg said. ''I cannot guarantee, but I’m saying that’s still my aim.''

NATO leaders are set to sign off on key decisions next week, including a bolstered eastern flank presence and an updated long-term strategy document. But with just a few days left before the summit, Finland’s and Sweden’s bids to join to the alliance are still not settled.

While there is broad support for the countries’ membership, the decision to add a new NATO member requires approval from all 30 allies. And Turkey has raised objections to Sweden and Finland’s bids, accusing both countries of supporting Kurdish groups it deems terrorists.

''This is not the first time we see one or just a few allies is not agreeing with the rest,'' Stoltenberg said, expressing optimism that Ankara’s opposition will not prevent Helsinki and Stockholm from eventually joining.

The former Norwegian prime minister also insisted that NATO allies have the ability to continue providing Ukraine with weapons ''as long as it takes,'' a statement that comes amid Ukrainian warnings that it is running low on ammunition and becoming increasingly reliant on shipments of weapons from Western allies.

NATO allies, Stoltenberg said, have a ''political and moral obligation'' to not let up on weapons shipments.

''We should maintain support deliverables of modern weapons, heavy weapons, as NATO allies have now done for a long time, and also that NATO has a role to play in providing support,'' Stoltenberg stressed. He underlined that the war in Ukraine actually started back in 2014, when Russia annexed Crimea and backed fighters in eastern Ukraine.

The war in Ukraine will be a ''long-haul'' effort, Stoltenberg stressed.