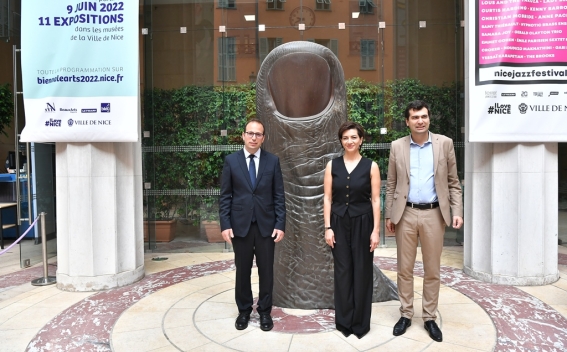 Anna Hakobyan, the spouse of the Armenian prime minister, was hosted at the Nice City Hall on June 28 on the sidelines of her visit in France, according to Armenpress her Office said.

She was welcomed by First Deputy Mayor of Nice Anthony Borré, who said that the Mayor of Nice is currently in Paris on a working visit.

Anthony Borré said that Nice and Yerevan are sister cities, but the firm ties of Nice with Armenia have been established after the 1988 earthquake.

''The Armenian community of Nice is one of our prides, because ethnic Armenians, being as full and law-abiding citizens of France, preserve their Armenian values and roots, the vivid evidence of which is the Parsamian College'', Anthony Borré said.

He noted that they highly value the efforts of Armenian Prime Minister Nikol Pashinyan in eliminating corruption, adding that the development of democracy in Armenia is obvious after his election.

In her remarks Anna Hakobyan thanked for the warm welcome and stated that the Armenian-French relations are exemplary in all areas, be it political, diplomatic, educational, cultural or healthcare.

''I think there is a big potential to expand and deepen the cooperation with Côte d'Azur especially in areas of exchange of tourism experience and innovative technologies, which are also sharply developing in Armenia. I hope the sun-lover residents of Nice will have new experiments and rich impressions after selecting Armenia as a tourism destination'', she said.

Anna Hakobyan also thanked the city authorities for the special care to the Armenian community of Nice. ''Really being law-abiding citizens of Nice, the representatives of the local Armenian community are strongly connected with the Homeland, the language and history. They are Armenia-Nice bridge, which, I am sure, will strengthen with new initiatives and productive meetings'', Anna Hakobyan said, inviting the Nice city authorities and the meeting participants to Armenia.

At the end of the meeting Anna Hakobyan visited the park near the City Hall dedicated to the memory of the Armenian Genocide victims. The representatives of the Armenian community said that the Nice City Hall will soon renovate this park. 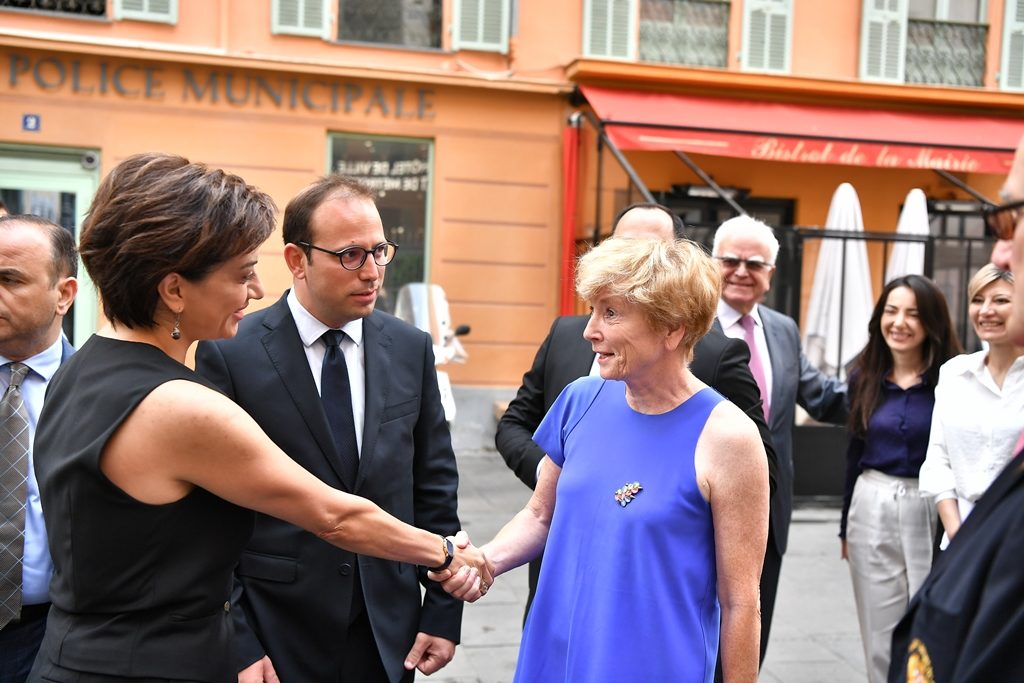