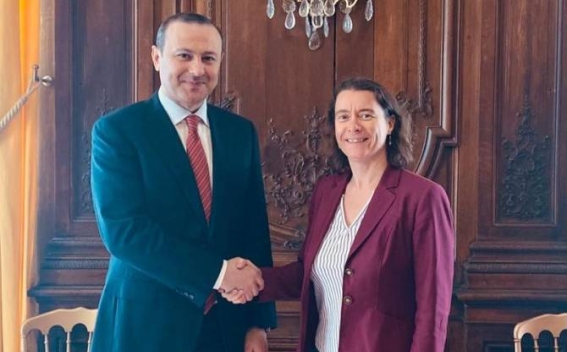 During the meeting, they discussed issues of peace in the region and the settlement of the Nagorno-Karabakh conflict.

In that context, Grigoryan presented the Armenian side's agenda for establishing regional peace. The interlocutors exchanged views on the prospects of Armenian-French cooperation in the security and economic sphere.