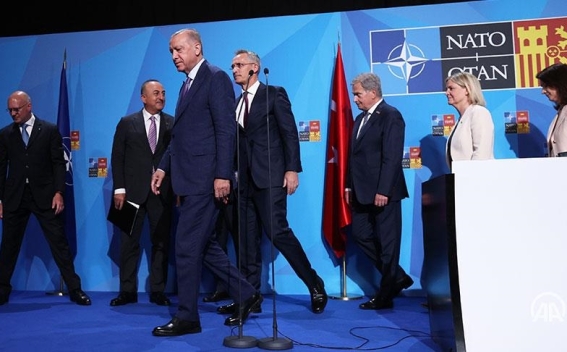 The leaders of Turkey, Sweden and Finland have signed a joint memorandum after their talks on Sweden’s and Finland’s accession to NATO in Madrid, NTV reported on Tuesday.

The document was signed by the three countries’ foreign ministers in the presence of their countries’ leader. Its content has not been disclosed. It is a roadmap for Finland’s and Sweden’s admission to NATO and Turkey’s removal of its objections against it, NTV said.

Turkish and Finnish Presidents, Recep Tayyip Erdogan and Sauli Niinisto, Swedish Prime Minister Magdalena Andersson, and NATO Secretary General Jens Stoltenberg gathered in Madrid on Tuesday to discuss issues of Sweden’s and Finland’s NATO membership in light of Turkey’s refusal to support their admission unless they issue written guarantees to Ankara that they will refuse from supporting terrorist organizations, lift the weapons embargo and restrictions imposed on Turkey in the defense sector, TASS reports.