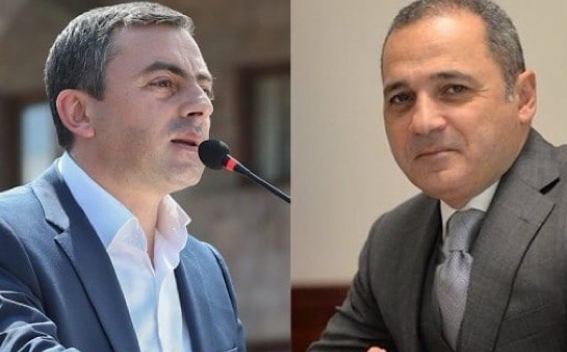 At Friday’s special session of the National Assembly (NA) of Armenia, the results were announced of the secret ballot to deprive opposition MP Ishkhan Saghatelyan of the position of NA deputy speaker, as well as to terminate opposition lawmaker Vahe Hakobyan’s powers of as Chairman of the NA Standing Committee on Economic Affairs, news.am reports.

The respective initiative belonged to the parliamentary faction of the ruling Civil Contract Party.

Accordingly, A66 MPs unanimously voted in favor of depriving Saghatelyan of the post of NA deputy speaker, and terminating Hakobyan's powers as chairman of the aforesaid standing parliamentary committee.

Also, the ruling power is considering the possibility of depriving ten more opposition lawmakers of their mandates—and for their absences from NA sessions.

The parliamentary opposition, however, was not in attendance to this special session.