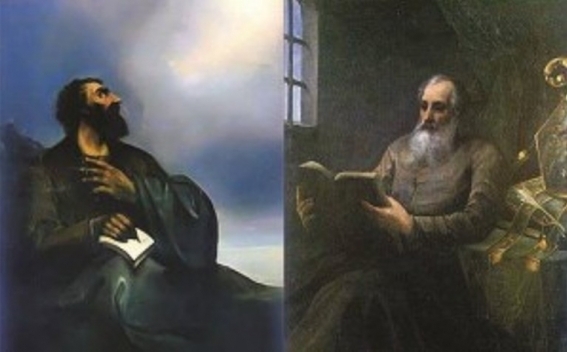 Following the creation of the Armenian Alphabet, St. Sahak and St. Mesrop opened a school for translators in the city of Vagharshapat (Etchmiadzin). There they begin the translation of the Holy Bible into Armenian and did it so perfectly, that centuries hence the Armenian Translation is called the “Queen Translation of the Breath of God”. The first sentence translated from the Holy Bible is the opening verse of the Book of Proverbs: “To know wisdom and instruction, to perceive the words of understanding”.

St. Mesrop Mashtots passed away in Vagharshapat, and was buried in his home village of Oshakan.  According to tradition, during the entire journey of transferring the remains of

St. Mesrop to Oshakan, a canopy of light fell upon the pilgrims and accompanied them until they reached the tomb. The Church of St. Mesrop Mashtots, which exists to this day, was built over his grave, Qahana.am writes.