Alen Simonyan Meets with Ambassador Extraordinary and Plenipotentiary of Japan 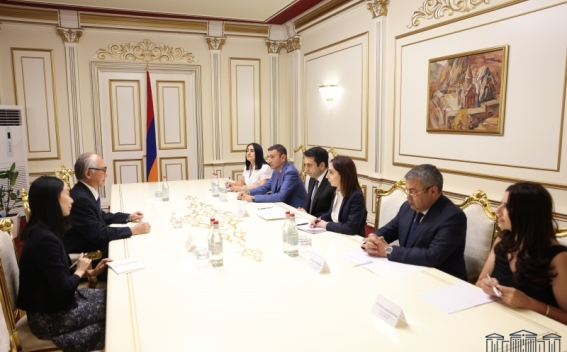 At the beginning of the meeting, the RA NA President was interested in the condition of the former Prime Minister of Japan Shinzo Abe, against whom an assassination attempt was made today.

The sides congratulated each other on the occasion of the 30th anniversary of the establishment of diplomatic relations between Armenia and Japan.

Both sides voiced the necessity of cooperation in different spheres between our countries.

“Japan is the most important partner for us, and Armenia is concerned about deepening the trade-economic ties, involving Japanese investments in our country, implementing programmes of students’ exchange in the sphere of education and deepening cooperation in high technologies, health, tourism and in other directions,” Alen Simonyan stressed.

The interlocutors discussed issues connected with the importance of regional peace and security.