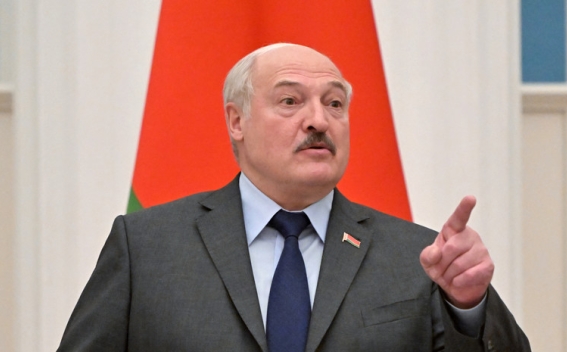 Belarusian President Alexander Lukashenko said that the West’s policy is bringing the world closer to the brink of a major, unwinnable war, TASS reported.

"Unfortunately, this Western policy is bringing the world closer to the abyss of a major war where, as you know, there won’t be a winner anymore," he stressed at a ceremony honoring the graduates of military institutions and top officers on Tuesday, according to the BelTA news agency.

The Belarusian leader noted that the events that are unfolding nowadays around Belarus and Russia demand extreme attention and scrutiny. "Western countries, openly stage-managed by the United States, are dismantling the system of global security steadily, methodically and even against their own national interests and [their] populations’ wishes," he said. According to him, "apparently, the freshly-minted ‘crusaders’ from the North Atlantic Alliance suddenly decided that this is the right time for yet another ‘eastward attack’ forgetting how similar ventures ended for their historical predecessors." Lukashenko stressed that in the interests of American hegemony "groups of military forces are being built up, and neo-Nazi ideology and openly Fascist regimes are being supported around undesirable countries." The head of state noted that the Western countries are conducting active air and land reconnaissance, honing military logistics, redeploying equipment and supplies from other regions while increasing military budgets under the guise of strengthening Europe’s "defense". Furthermore, various ‘defensive’ drills by NATO members are forming "an armored fist", he pointed out.

"Nowadays, neutral Sweden and Finland suddenly desired to urgently join NATO and, defying its own rules, the bloc’s leadership is ready to fast-track them into the alliance. Take note, this was even without asking the opinion of the people of these countries. At the recent NATO summit, the intention to fundamentally ramp up its presence and influence in Europe was declared," the president pointed out.