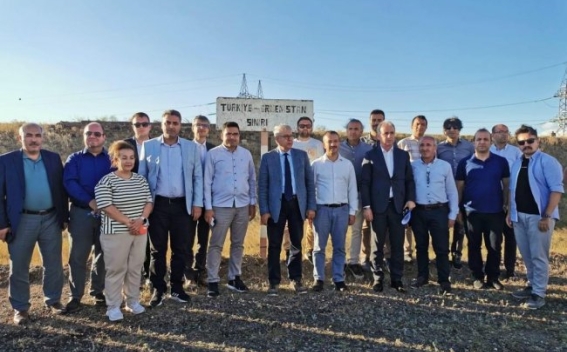 Kilic visited the ruins of Ani, the currently non-functioning Turkish checkpoint at Akyaka village at the border with Armenia, a short distance from which are Akhurik village of Armenia’s Shirak Province and the border checkpoint on the Armenian side, NEWS.am reports.

Also, he held some meetings.

A few days ago, Gazetekars had reported that demining works were being carried out by an Israeli company in the area bordering Armenia; but this report has not been officially confirmed.

After the meeting of the special representatives of Armenia and Turkey on July 1, an agreement was reached to open the Armenia-Turkey land border for the citizens of third countries as soon as possible, and to start direct air cargo transportation between the two countries.