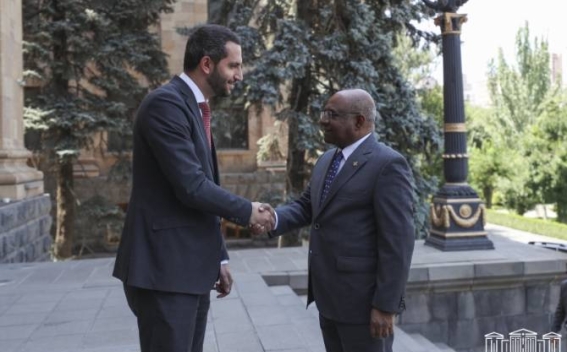 Welcoming the guests, Ruben Rubinyan highly appreciated the presidency of Abdulla Shahid during the 76th session of the General Assembly.

The NA Vice President evaluated the work being done by the UN Office in Armenia aimed at the support of the current reforms of our country, as well as thanked them for the contribution to the development of the National Assembly capacities.

Ruben Rubinyan underlined the necessity of the visit of the representatives of UNESCO and the UN other structures to Nagorno Karabakh, especially in the context of the danger threatening the Armenian spiritual and cultural heritage.

Other issues on regional security were also discussed.