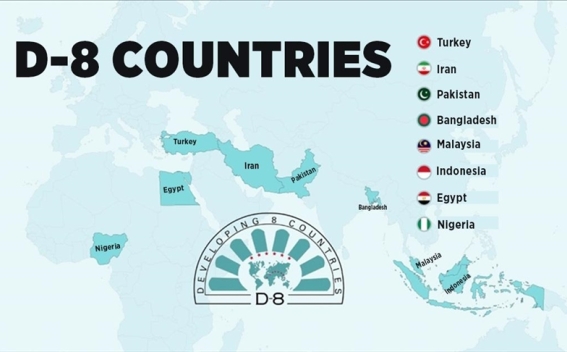 ranian Foreign Minister Hossein Amir Abdollahian voiced his support for the application of the Republic of Azerbaijan for membership in the D-8 Economic Cooperation Organization saying that the expansion of the D-8 and the accession of new members will serve as a tool for the realization of its goals, according to NEWS.am, Tasnim reported.

Hossein Amir Abdollahian spoke via videoconference at the 20th session of the D-8 Ministerial Council held in the Bangladeshi capital Dhaka on Wednesday.

In his speech, he said Iran welcomed Azerbaijan's willingness and desire to join the D-8.

He said that the organization should move quickly to admit new members, citing economic diplomacy and deepening ties with neighboring and Muslim countries as two priorities on Iran's foreign policy agenda.

The D-8 Economic Cooperation Organization, also known as Developing-8, is a development cooperation organization. The members of the organization include Egypt, Indonesia, Iran, Malaysia, Nigeria, Pakistan and Turkey. The D-8 Economic Cooperation Organization aims to improve the position of member states in the global economy, diversify and create new opportunities in trade relations, increase participation in international decision-making and improve living standards.