Armenian Opposition to Hold Next Rally on September 2 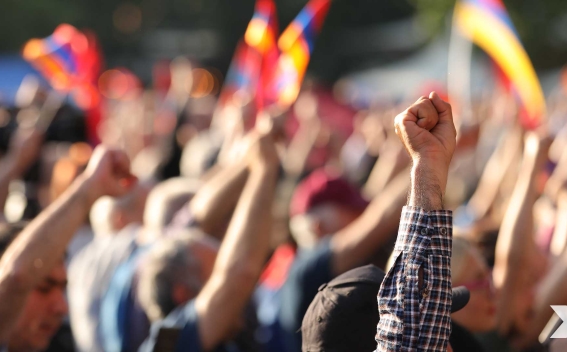 The Armenian opposition will hold its next anti-government rally in Yerevan on September 2, marked as Independence Day in Artsakh, opposition leader Ishkhan Saghatelyan said on Friday, Panorama.am reports.

“Rallies and other events are scheduled to be held in Artsakh on the same day,” he said, addressing protesters in France Square.

No rallies are likely to be held in the Armenian capital in August, Saghatelyan said, adding next month the opposition plans to continue visits to Armenia’s regions where it has already set up councils.

The resistance movement also plans to hold a “pan-Armenian” forum in Yerevan in mid-August, which is expected to bring together famous political figures and intellectuals from Armenia, Artsakh and the Diaspora.