Phone Conversation of the Foreign Ministers of Armenia and Russia 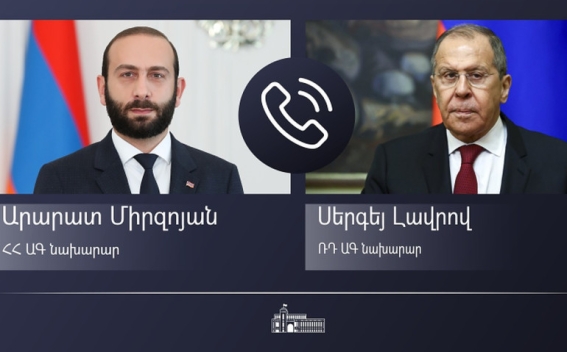 The interlocutors touched upon the implementation process of the agreements reached by the November 9, 2020, January 11 and November 26, 2021 trilateral statements.

Ararat Mirzoyan and Sergey Lavrov also discussed the security situation in the region.

During the telephone conversation, they exchanged views on the humanitarian issues resulting from the 44-day war. In this context, both sides highlighted the release and repatriation of Armenian prisoners of war and other detained persons.

The sides also discussed other regional and international agenda issues of mutual interest.