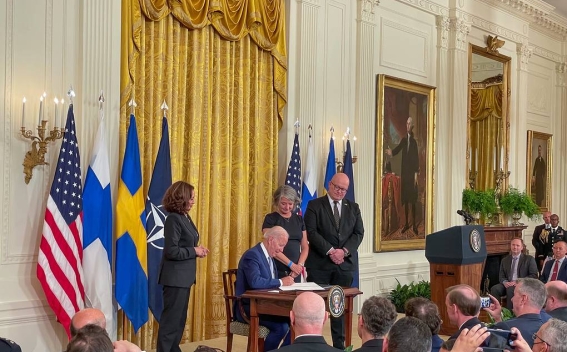 US President Joe Biden has signed protocols on the ratification of agreements on Finland’s and Sweden’s accession to NATO, a TASS correspondent reported on Tuesday.

Biden signed the documents during a ceremony in the White House. He called on other NATO member countries to approve these countries’ joining the alliance as soon as possible.

US Congress passed a resolution on the ratification of documents on these countries accession to the Alliance last week. Under US laws, the ratification procedure is executed by the president upon the Senate’s consent. Biden hailed the Senate voting results, noting that this was the fastest Senate process for NATO expansion protocols since 1981.