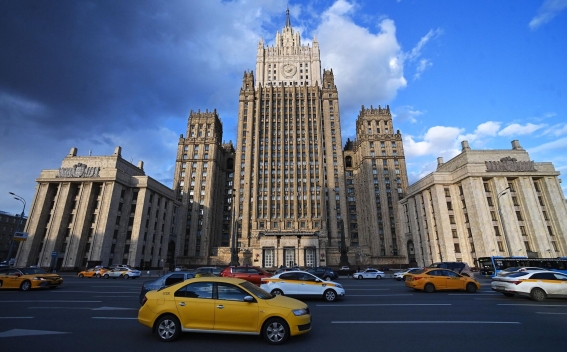 Russia is urging the West to put pressure on Ukraine and not to create hurdles for an International Atomic Energy Agency mission to the Zaporozhye nuclear power plant, Russian Foreign Ministry Spokeswoman Maria Zakharova said in a statement on Friday, TASS reports.

"If they across the ocean and in European capitals are really interested in ensuring that the mission takes place, now there’s a chance to prove themselves and keep their subordinates in line. The truth will prevail. The agency's specialists will come to the ZNPP and will see everything with their own eyes. We urge the Ukrainian side and its patrons not to interfere with the important and responsible work of the IAEA," she said.

She said the UN Security Council held a meeting, which was called by Russia, to discuss the situation at the Zaporozhye nuclear power plant.

"We are outraged by how representatives of Western countries behaved during the meeting, as they, driven by their Russophobic beliefs, immediately began to deny the obvious facts related to the shelling of the ZNPP by Ukraine," the diplomat said. "There is and can’t be any justification for the fact that states claiming special responsibility for ensuring international peace and security have not found the strength to clearly and expressly point out to Kiev the inadmissibility of the atrocities it commits and call on it to put an end to nuclear terrorism. It seems that, no matter how far the regime of [Ukrainian President] Vladimir Zelensky goes, the West is ready to write off all his sins in advance, even if the people of Europe may end up as victims."