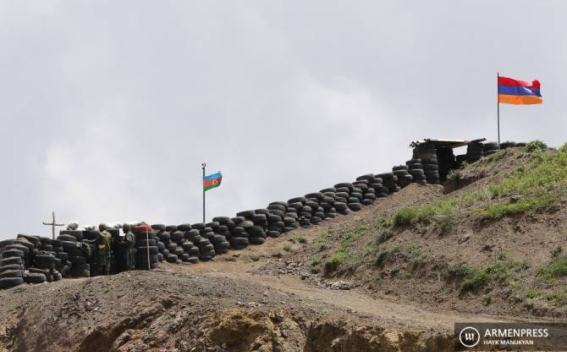 The National Security Service of Armenia put into circulation a bill on creating crossing points in some sections of the Armenian-Azerbaijani border, Armenpress reports.

The bill on amending the N703 government decision of 2011 is posted online at e-draft.am.

The substantiation attached to the bill mentions that the adoption of the bill stems from the need to ensure the implementation of the instructions issued by the prime minister during the August 4 Cabinet meeting. The expected result is the creation of new border crossing points of the Armenian border to organize and implement the border crossing of persons, products and vehicles. The new crossing points are planned to be set up in the provinces of Gegharkunik (Sotk-M11 highway of state border, automobile), Ararat (Yeraskh, automobile), Syunik (7,5km south from Karahunj, south-east M2 highway, automobile) in the direction of the Armenian-Azerbaijani border.