China Demands US Stop All Official Contacts With Taiwan 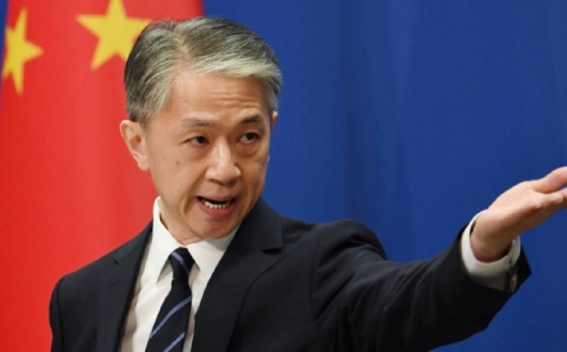 The Chinese authorities demand that the United States cancel planned talks on a trade agreement with Taiwan, as they view the negotiations as act of support for Taiwanese separatists, Chinese Foreign Ministry Spokesperson Wang Wenbin said on Thursday, TASS reports.

"We are resolutely against any country <…> holding official talks with Taiwan with the aim of reaching a trade agreement," the Chinese diplomat said at a briefing. "We are calling on the US side to stop any official contact with Taipei, <…> don’t send the wrong signal to separatists in Taiwan under the pretext of holding economic consultations.

The Chinese diplomat warned Washington against "aggravating the situation by taking the wrong path." "Compliance with the one-China principle is a must for Taiwan’s cooperation with other countries," Wang Wenbin emphasized.

This fall, Taipei and Washington will hold the first round of negotiations on a major bilateral trade initiative, the Central News Agency of Taiwan reported earlier on Thursday. The parties plan to promote cooperation in 11 trade areas, including regulatory practices in trade, digital commerce, anti-corruption, environment, agriculture and small-and medium-sized businesses.