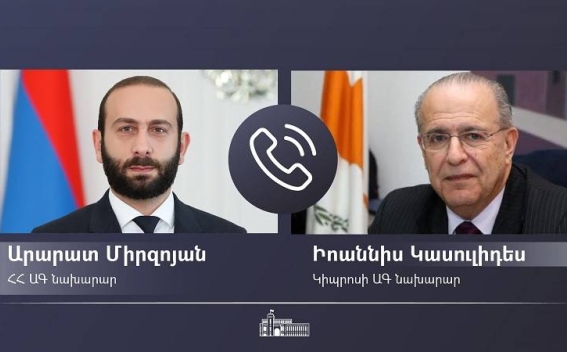 During the phone conversation, Ioannis Kasoulidis expressed his condolences regarding the human casualties caused by the explosion in the Surmalu trade center on August 14 and wished a speedy recovery to the injured.

The Foreign Ministers commended the high level of Armenia-Cyprus relations. Prospects for further expansion and strengthening of cooperation in bilateral and multilateral formats were discussed.

The interlocutors also touched upon issues of regional security.