US Dooming EU to Hunger, Cold, Isolation In Bid to Cling to Power: Duma Speaker 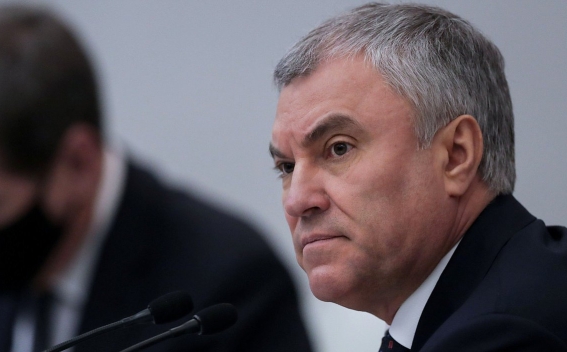 The United States seeks to maintain its "power over the world" by damaging European countries and actually dooming them to isolation, Russian State Duma Speaker Vyacheslav Volodin said on Friday on his Telegram channel, TASS reports.

"Washington has condemned Europe to hunger, cold and isolation. Washington is ready to do everything to maintain its power over the world, sacrificing the welfare of citizens and the economy of European countries," Volodin said.

He emphasized that the decisions by EU states to shun Russian energy resources, cut economic cooperation with Russia, and ban Russians from entering the country were "taken under pressure from Washington".

"The adherents of this policy in Europe are England, which has ditched the European Union, and the countries that are sovereign in name only, that is, Lithuania, Latvia, Estonia, and Ukraine. Also part of this Russophobe coalition are Poland, the Czech Republic and Finland, who hope to get a handout from America," Volodin emphasized.

In particular, according to the Duma Speaker, natural gas in the United States today costs $333 per 1,000 cubic meters. Meanwhile, Washington sells it to Europe "at 7.3 times the price, making the economy of the EU countries uncompetitive". What’s more, Volodin stressed, inflation in the Eurozone has already hit a record of 8.9%.

"The abnormal heat that broke out in Europe has hit agriculture hard. Its harvest is 20% less than last year. There is a shortage of electricity, and its cost has soared sixfold over the year," Volodin added.