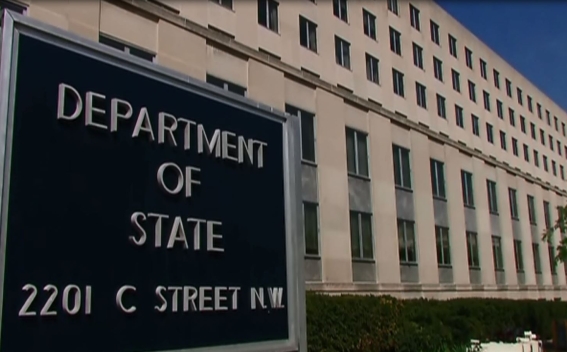 The United States Department of State responded to the statements made by the Azerbaijani foreign ministry over the appointment of the new US Co-Chair of the OSCE Minsk Group according to which such steps cannot contribute to the settlement of the Armenian-Azerbaijani relations, Armenpress reports.

When asked to comment on these statements of the Azerbaijani side, Vedant Patel, Principal Deputy Spokesperson at Bureau of Global Public Affairs, said at a press briefing that US Secretary of State Antony Blinken appointed Philip Reeker “to serve as the senior advisor for Caucasus negotiations to underscore our commitment to facilitating peace in the South Caucasus”.

“As a country, we are committed to facilitating direct dialogue between Azerbaijan and Armenia bilaterally, multilaterally, and in cooperation with likeminded partners to achieve a comprehensive peace settlement between the two countries”, Vedant Patel said.

He once again reminded that Ambassador Reeker will also represent the US both at the OSCE Minsk Group and at the Geneva International Discussions.