EU Must Cooperate Closer on Procurement of Weapons: Germany’s Scholz 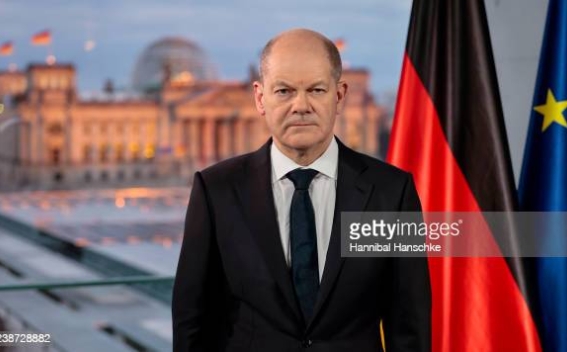 The situation in Ukraine has specific consequences for Europe, and the EU must now cooperate closer on procurement of weapons, German Chancellor Olaf Scholz said in an interview for Frankfurter Allgemeine Zeitung, published Tuesday, TASS reports.

According to the chancellor, the "breaking point" represented by the Russian operation in Ukraine "has specific consequences" for the EU.

"In particular, we must once again pay more attention to the defense of our country and the alliance than before," the Chancellor believes. "The EU must cooperate closer here - for example, in the matters of procurement of weapons.

Scholz noted that the US defense budget is over $800 billion, but money is being spent on procurement of about 30 different combat systems.

"Europe spends much less on weapons systems, but its money is being spent on 180 various systems. Obviously, this is ineffective and irrational, and it must be changed," Scholz believes.