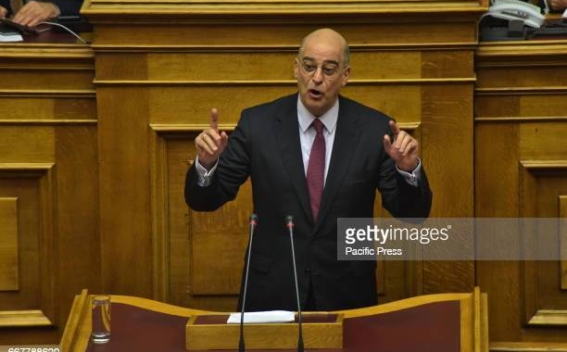 Greek Foreign Minister Nikos Dendias commented on the statements made by Turkish President Recep Tayyip Erdogan. “Turkey is attempting to turn back the clock of history, to revive the Ottoman Empire.

We speak in plain words and say that the Turkish side’s actions and statements are not acceptable; they are unheard-of and deserve condemnation, but we are neither intimidated nor afraid”, the Greek FM said at a press conference following his meeting with the French counterpart, Armenpress reports.

He stated that this year the Turkish side violated the national airspace of Greece 6,100 times, 157 overflights over Greek territory and 1000 violations of the Greek territorial waters were made by Turkey.