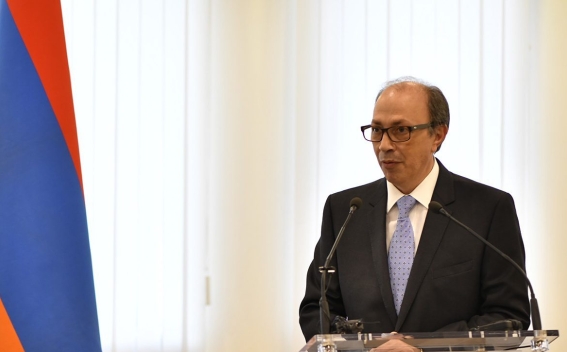 There was a chance to recognize Artsakh's independence. What self-deception are we talking about? According to NEWS.am, Armenia’s former foreign minister Ara Aivazian said this in an interview with MediaHub.am—and commenting on the fact that the Armenian authorities are actively circulating the statement by Arsen Torosyan, an MP of the ruling majority "Civil Contract" Faction of the National Assembly, that there is and was no chance of recognizing the independence of Artsakh (Nagorno-Karabakh), and therefore there is no need to engage in self-deception. MediaHub asked Aivazian whether this means that the public, including the foreign ministers, have deceived and misled for so long, saying that there are chances in that regard.

The ex-FM of  Armenia recalled that Azerbaijani President Ilham Aliyev himself had admitted that behind closed doors he was forced to recognize the independence of Artsakh.

"Therefore, there can be no question of deception, self-deception here. Armenia has consistently done everything to prevent the negotiation process from failing. Azerbaijan has failed the negotiation process and followed the path of using force. If during the course of Armenian diplomacy, the same Azerbaijan, the international community accepted that there is also the matter of recognizing the right to self-determination within the framework of the negotiation principles, then we had advanced quite a lot; there was a possibility of that. And I would like to recall again: the president of Azerbaijan was saying he was being forced to recognize the independence of Artsakh behind closed doors. Is there any stronger proof than this that there was no deception?" Ara Aivazian asked in conclusion.