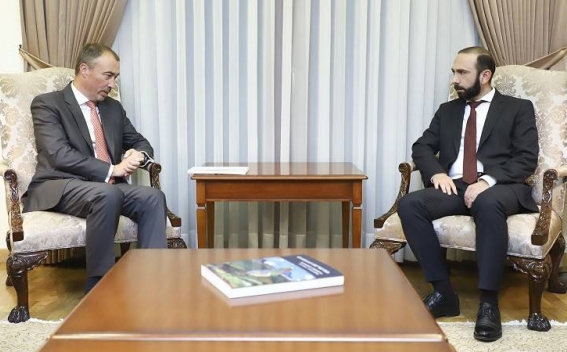 Minister Mirzoyan presented to Toivo Klaar the situation resulting from the pre-planned large-scale aggression by the Azerbaijani armed forces against the sovereign territory of the Republic of Armenia and the steps undertaken by Armenia to halt the aggression.

The Armenian side considered unacceptable the gross violations of human rights, particularly deliberate targeting of the civilian population and civil infrastructure by the Azerbaijani armed forces.

Ararat Mirzoyan and Toivo Klaar also exchanged views on the effectiveness of the Brussels platform for the normalization of relations between Armenia and Azerbaijan.