Armenia Is Our Closest Friend and Strategic Ally: Putin 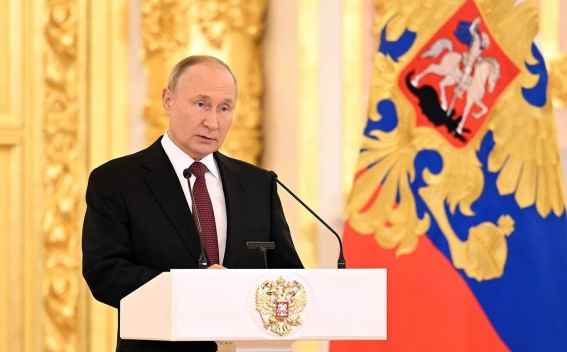 Russian President Vladimir Putin congratulated the Armenian people on the occasion of the Independence Day of Armenia, stating that Russia and Armenia are friends and strategic allies, Armenpress reports.

“By using this chance, I would like to congratulate the brotherly Armenian people and the country’s leadership on the Independence Day that will be celebrated tomorrow”, Putin said during the ceremony of presenting credentials by the foreign ambassadors.

“Armenia is our closest friend and strategic ally”, the Russian leader said, adding that Russia and Armenia are in intense political dialogue. “This year we met with Nikol Pashinyan three times”, he said.