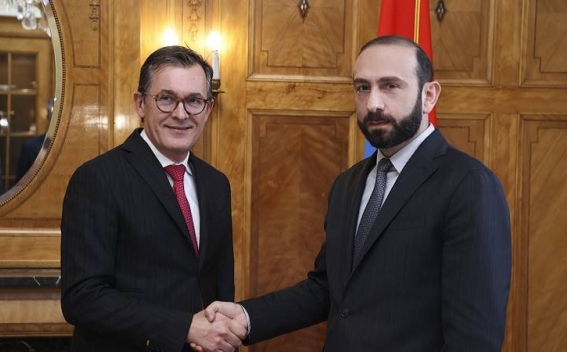 On October 2, in Geneva, Foreign Minister of Armenia Ararat Mirzoyan had a meeting with Brice Roquefeuil, the OSCE Minsk Group Co-Chair of France.

The interlocutors discussed issues of regional security and stability, referred to the normalization of Armenia-Azerbaijan relations, and the settlement of the Nagorno-Karabakh conflict.

The Armenian side emphasized the need for immediate withdrawal of the Azerbaijani armed forces from the sovereign territory of the Republic of Armenia, as well as for the repatriation of the Armenian prisoners of war, and the unconditional adherence to the ceasefire regime.

The importance of the international community’s clear condemnation of extrajudicial killings, torture, and other war crimes towards the Armenian prisoners of war committed by Azerbaijan, as well as the importance of bringing the perpetrators to justice were underscored.