Meeting of Foreign Ministers of Armenia and Azerbaijan in Geneva 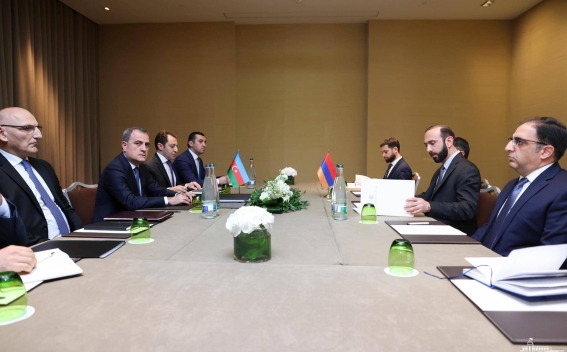 Ararat Mirzoyan reiterated the position of the Armenian side on the withdrawal of Azerbaijani troops from the sovereign territory of the Republic of Armenia and the immediate release of all Armenian prisoners of war. The importance of introducing international mechanisms for border situation control was highlighted.

The Minister of Foreign Affairs of Armenia emphasised that the war crimes committed by the Azerbaijani armed forces should receive a clear assessment by international bodies, and the criminals should be brought to justice.

The sides exchanged views on the peace treaty between Armenia and Azerbaijan, ensuring the rights and security guarantees for the Armenians of Nagorno-Karabakh, including through the establishment of a discussion mechanism between Stepanakert and Baku.

The sides positively assessed the mutual understanding on unblocking of the regional transport routes under the sovereignty and jurisdiction of the countries.