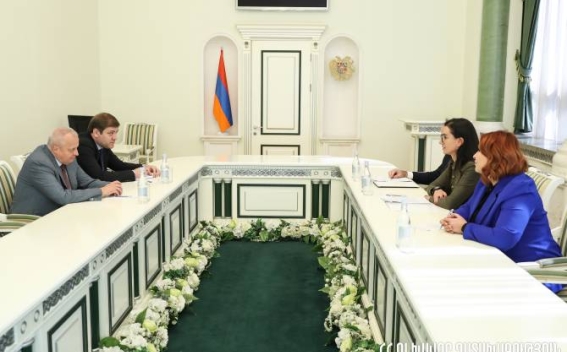 The Ambassador congratulated Vardapetyan on assuming office and expressed conviction that the cooperation between the Armenian and Russian general prosecutions will be strengthened, the general prosecution said in a press release.

Vardapetyan asked the Ambassador to relay greetings to her Russian counterpart, Prosecutor General Igor Krasnov and emphasized that she is ready to make maximum efforts to raise the reliable and collegial relations to a new qualitative level.

Before addressing issues pertaining to cooperation, Prosecutor General Anna Vardapetyan briefed the Russian Ambassador on the aftermath of the large-scale Azerbaijani aggression against sovereign territory of Armenia on September 13, emphasizing the necessity for immediately withdrawing the Azerbaijani troops from sovereign Armenian territory, repatriation of Armenian prisoners of war and unconditional preservation of the ceasefire.

Ambassador Kopyrkin said Russia is putting every effort to solve the voiced issues, and added that ensuring Armenia’s security is one of the priorities of Russia.