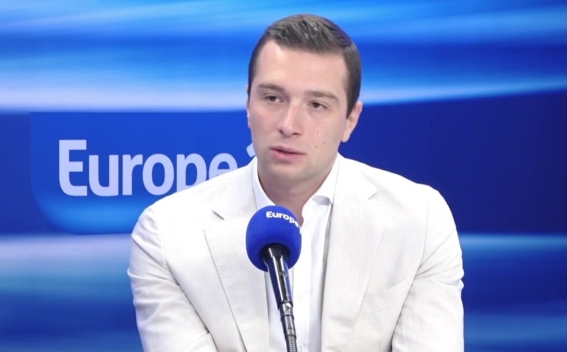 French Member of the European Parliament Jordan Bardella strongly criticized Vice President of the European Commission and High Representative of the EU for Foreign Affairs and Security Policy Josep Borrell for “sacrificing European friendship with the Armenian people” over the EU's signing the energy deal with Azerbaijan when the latter is attacking Armenia, Armenpress reports.

“What matters more for the EU, the Azeri gas or Armenian blood?” – Bardella said at a European Parliament discussion on the Azeri attack against Armenia, addressing Borrell.

“My question is very clear and direct: what matters more for you, the Azeri gas or Armenian blood? I think I already know the answer because the President of the European Commission Ursula von der Leyen signed a deal doubling gas supplies from Azerbaijan, without ever protecting Armenians with an official statement, who were attacked on their own land,” Bardella said.

Jordan Bardella said that authenticated footage has emerged showing the execution of Armenian prisoners of war by Azeri troops. “What are you waiting for? What are you waiting for to point finger on this dirty war unleashed by Baku? Has the EU become incapable of expressing positions in global relations without American structures? Perhaps this is out of fear to expose Turkey, which is a NATO member and is directly supporting Azerbaijan’s aspirations,” Jordan Bardella said.

He emphasized that he doesn’t accuse the EU for its actions aimed at reducing energy dependency from a single source. “We are accusing you in unpredictability and ideological blindness, and also for doing this all in a hurry and sacrificing European friendship with the Armenian people. Our civilization is burning, while Europe is looking away,” Bardella warned.

Borrell, who was in the chamber, refused to reply to Bardella’s remarks.