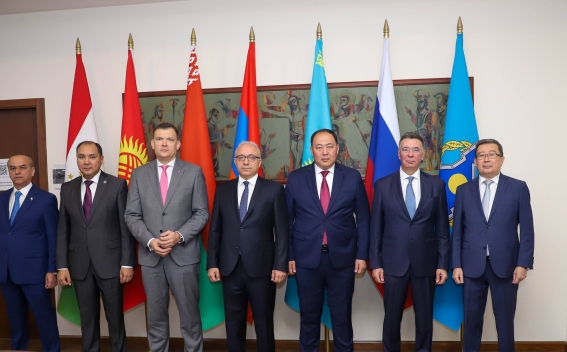 Within the framework of Armenia's current chairmanship of the CSTO, consultations of deputy foreign ministers of the member countries took place Friday in Yerevan in the format of a "high-level group," and chaired by Armenian Deputy Foreign Minister Mnatsakan Safaryan, according to NEWS.am the foreign ministry of Armenia informs.

At the beginning of the meeting, Deputy FM Safaryan briefed his colleagues on the current situation as a result of Azerbaijan's recent military aggression against Armenia, and emphasized the need for the Azerbaijani armed forces to immediately leave the sovereign territory of Armenia and for the unconditional observance of the ceasefire.

Also, the Armenian deputy FM stressed the need for a clear targeted condemnation of the murders, tortures, and other war crimes committed by Azerbaijan against Armenian prisoners of war (POWs), and highlighted the importance of bringing the perpetrators to justice, as well as the release of all Armenian POWs and civilians still illegally held in Azerbaijan.

During the consultations, more than a dozen matters on the CSTO agenda were discussed, and further work on them was outlined.

Reference was made also to the matters of the CSTO summit scheduled in Armenia in November, and the holding of a joint session—prior to this summit—of the ministers of foreign affairs and defense as well as the heads of the security councils of the member countries of this organization.