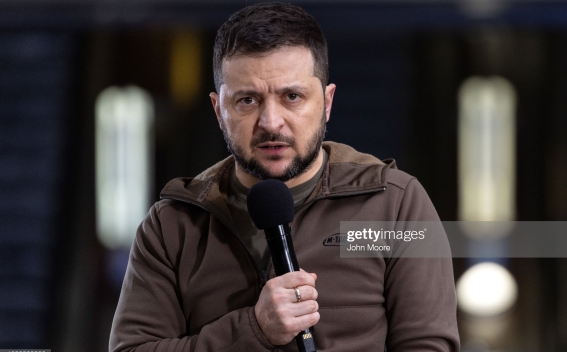 Ukrainian President Vladimir Zelensky on Friday said that when he had earlier called for pre-emptive strikes on Russia, he meant new Western sanctions to prevent a nuclear war, TASS reports.

"The world can implement the sanction package in such cases and do everything to make them (Russia - TASS) leave the [Zaporozhye] nuclear power plant," he said in an interview with BBC.

Zelensky said his earlier remarks had been mistranslated and Russia allegedly started to use his statement in a way that’s "useful for them, and began to retranslate it in other directions."

In the context of threats of using nuclear weapons, he said it’s dangerous "to even speak about it."

Earlier, Russian Foreign Minister Sergey Lavrov said that Zelensky's statement on a pre-emptive strike on Russia confirmed the threats emanating from Kiev and the need for the special military operation.