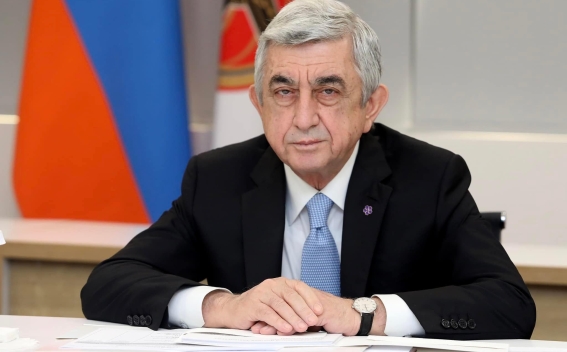 The Third President of the Republic of Armenia, Chairman of the Republican Party of Armenia Serzh Sargsyan on behalf of his political force and his own behalf sent a congratulatory message to the President of the People’s Republic of China Xi Jinping on the occasion of an efficient organization and successful completion of the 20th Congress of the Communist Party of China.
President Sargsyan congratulated also on the occasion of the election of a new ruling body of the Party and re-election of Xi Jinping as Secretary General of the Central Committee of the Communist Party of China.  He expressed confidence that under the leadership of President Xi Jinping the people of China would continue their glorious history of building a state of common prosperity and bringing to life the Chinese Dream.
Under the increasing global instability, Serzh Sargsyan stressed the importance of China’s balanced and constructive policies, including in the South Caucasus region.
President Sargsyan expressed confidence that the 20th Congress of the Communist Party of China would give a new impetus to the development of the inter-party relations, particularly related to the drafting and singing of a new agreement on cooperation between the Republican Party of Armenia and Communist Party of China.
The Third President of Armenia wished President Xi Jinping and the people of China peace and prosperity.
Հայերեն На русском