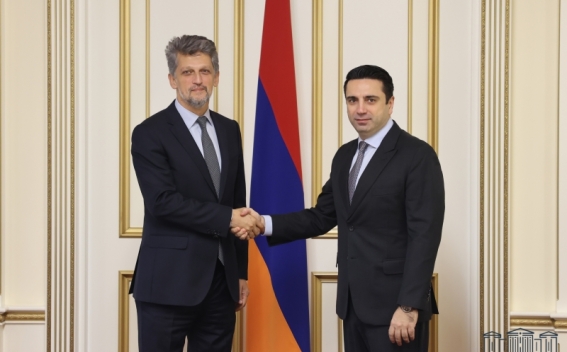 In his remarks Speaker Simonyan told Paylan that Armenia closely follows his pro-Armenian and important activities.

“Your focus on the protection of rights of national minorities living in Turkey is highly important”, Alen Simonyan said.

During the meeting the consequences of the latest Azerbaijani aggression against Armenia were also discussed.

The sides discussed also the opening of the borders between Armenia and Turkey. Garo Paylan said that there is a lack of information among people living in Turkey about the ongoing discussions to open the borders. He also presented his impressions and views on the Armenian-Turkish process to the Speaker of Parliament.