Spain’s Congress of Deputies expresses solidarity to Armenia, votes against agreement with Azerbaijan 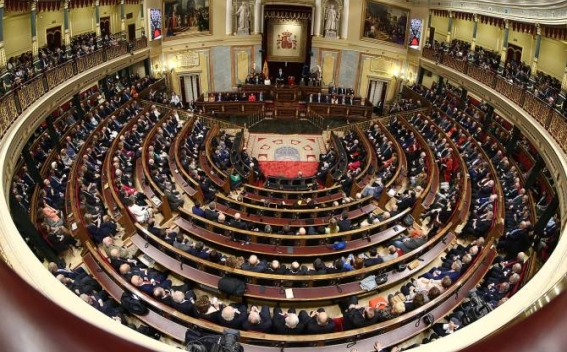 The Congress of Deputies of Spain, the lower house of the parliament, did not approve the international agreement signed with Azerbaijan as a sign of solidarity with Armenia.

In an interview to ARMENPRESS, Spanish member of parliament Jon Inarritu said that the agreement, which was signed in Madrid in December 2021, involved exchange of confidential information with Azerbaijan and protection of that information.

But the agreement was not ratified as 174 lawmakers voted against it and 132 voted in favor.

During the debate of the agreement before the voting Jon Inarritu called the signing of such an agreement an "absurdity", especially now "when aggressor Azerbaijan has carried out an attack on Armenia in September, occupying several square kilometers of the territory of Armenia".

"The Azerbaijani regime is corrupt, aggressor and intolerant to dissidents", the lawmaker said, emphasizing the fact of violations of human rights and freedom of speech and the high number of political prisoners in Azerbaijan.

Another lawmaker Marta Rosique condemned the Spanish government for staying silent over the aggression carried out by Azerbaijan against Armenia and Nagorno Karabakh. She also criticized Spain that it has not yet recognized the Genocide committed against Armenians.