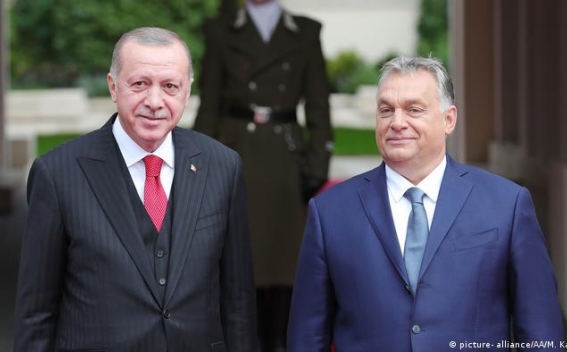 Hungarian Prime Minister Viktor Orban and Turkish President Recep Tayyip Erdogan called for a ceasefire and the launch of talks between Russia and Ukraine at a meeting on the sidelines of the Samarkand-hosted summit of the Organization of Turkic States, the Hungarian prime minister’s spokesman Bertalan Havasi said on Friday, TASS reports.

"As for the war in Ukraine, the two countries’ leaders agreed that there is an urgent need for a ceasefire, talks and peace," he told Hungary’s MTI news agency.

In their addresses to the Samarkand meeting, Orban and Erdogan also emphasized the need to resolve the situation in Ukraine peacefully and called on other countries’ leaders to make joint efforts to achieve that goal.

Havasi added that the Hungarian prime minister and the Turkish president had discussed bilateral cooperation, including in the defense industry. "We are committed to strengthening bilateral trade and economic relations and will expand defense cooperation in new areas," the spokesman quoted Orban as saying at the meeting with Erdogan.