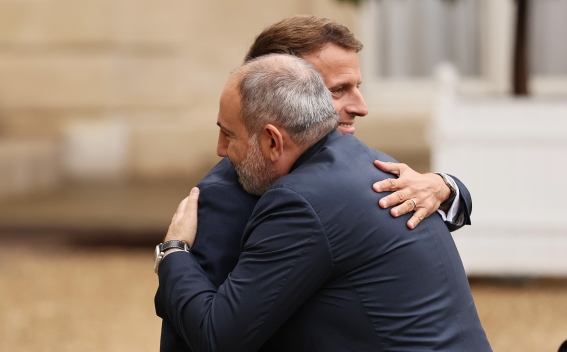 Armenian Prime Minister Nikol Pashinyan and French President Emmanuel Macron will meet on November 19 in Djerba, Tunisia, on the sidelines of the 18th La Francophonie summit, the  Élysée Palace said in a statement after the telephone conversation between Macron and Azerbaijani President Ilham Aliyev, Armenpress reports.

During the phone talk Macron and Aliyev discussed also the agreements that were reached during the recent summit in Prague attended by the leaders of Armenia, France, Azerbaijan and President of the European Council Charles Michel.

Emmanuel Macron highly valued the stabilizing role of the EU monitoring mission in Armenia, the deployment decision of which was approved as a result of the Prague meeting.

Macron reaffirmed the readiness of France to contribute to the normalization of relations between Armenia and Azerbaijan and to achieve a political solution which will allow to establish peace in the region.