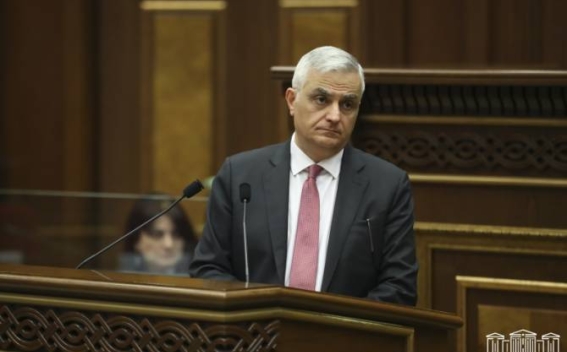 The 2023 state budget of Armenia is based on four priorities, Deputy Prime Minister Mher Grigoryan said during the debate of the budget draft in the Parliament, Armenpress reports.

''The state budget of 2023 is based on the following 4 priorities – security system, infrastructures, social assistance system, and education and science modernization'', the deputy PM said.

He presented the activities being done with international development partners within the frames of the systematic programs that have been signed or are at a signing stage, and the reforms envisaged by these programs will have a direct effect on the budgetary processes, the performance of the 2023 state budget.

''With the partners of the International Monetary Fund, we have developed and will soon approve a new three-year program Stand-By in order to develop the agenda of reforms with the IMF and ensure the continuation of the cooperation called a three-year researve program. Overall, the program will be aimed at improving the macro-economic, fiscal and financial stability, tax administration, management of public finances, fiscal risks, infrastructures, business climate and regulations to promote employment'', the deputy PM said.

The program attaches a special importance to the introduction of the universal income declaration system and constant promotion of deals in non-cash payments.

According to deputy PM, in 2022 the government has expanded its cooperation also with the World Bank. This stage of cooperation is mainly focused on education and healthcare sectors. The loan agreement worth 22 and 6 million Euros signed with the World Bank in 2022, called Additional Funding for Improvement of Education, aims at expanding the directions of the previous loan program. The works with the Bank continue also in the field of healthcare, in the direction of introducing a comprehensive health insurance system.