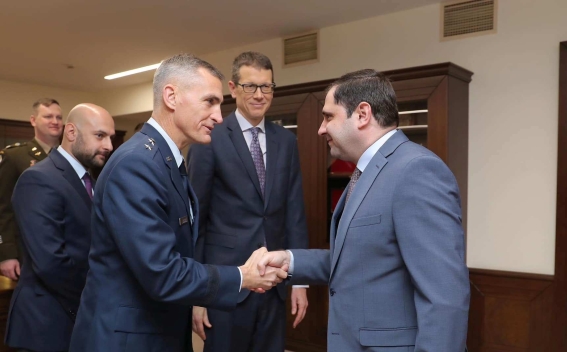 The United States Major General and the Armenian Minister of Defense discussed issues pertaining to bilateral cooperation in the defense sector, the ministry said in a readout.