Azerbaijan's attempts to abolish the status of Artsakh as a party to the conflict is unacceptable: Artsakh MFA 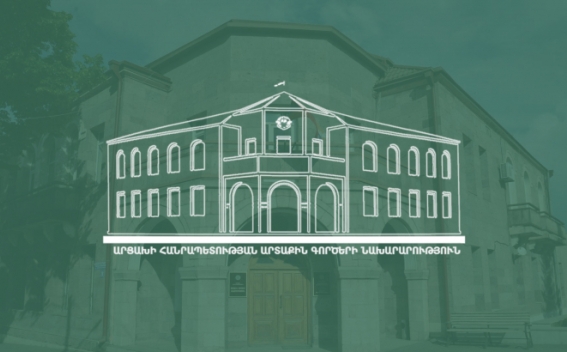 Azerbaijan's attempts to abolish the status of Artsakh as a party to the conflict is unacceptable for the Republic of Artsakh, Artsakh Republic Foreign Ministry statement reads.

''One of the necessary and key components of the Azerbaijani-Karabagh conflict settlement is the full format of negotiations, as well as the discussions and meetings taking place within this framework.

In this context, we consider it important to stress that Azerbaijan's attempts to abolish the status of Artsakh as a party to the conflict, as well as to present the negotiations as a "conversation with Armenians living in Karabagh" and a process within the framework of Azerbaijan's domestic policy are unacceptable for the Republic of Artsakh.

The people of Artsakh has expressed several times its position on its own future, which was reaffirmed by the multi-thousand rally held in Stepanakert on this year’s October 30.

The Foreign Ministry of the Republic of Artsakh has repeatedly stressed the necessity of Artsakh’s full-fledged participation in the negotiations and the importance of maintaining the OSCE Minsk Group format as the best platform for the peaceful settlement of the Azerbaijani-Karabagh conflict. Our stance in this regard has remained unchanged.

At the same time, the Republic of Artsakh doesn’t reject the discussion of issues related to the establishment of bilateral relations with Baku and the conflict settlement. But we consider it necessary to underline that any discussions will be acceptable only if they are held within the framework of the internationally agreed format and the principle of equality is maintained'', the statement says.