Meeting of the Foreign Ministers of Armenia and Andorra 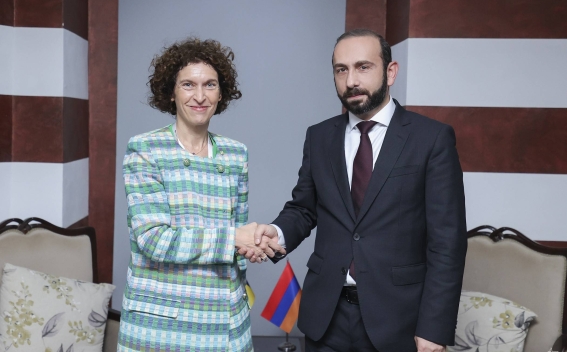 The Foreign Ministers of Armenia and Andorra exchanged views on the prospects of cooperation in the fields of mutual interest. In this context, the possibilities for effective cooperation in the spheres of tourism, sustainable development, and renewable energy were discussed.

The interlocutors expressed readiness to take joint steps towards expanding the bilateral agenda, emphasizing in this regard the conduction of political consultations between the Foreign Ministries of the two countries.

In the course of the meeting, reference was also made to the cooperation within the framework of international organizations. The importance of La Francophonie platform for enhancing bilateral contacts was emphasized.

The sides also exchanged views on the issues of regional and international agenda.

Minister of Mirzoyan briefed his counterpart on the situation resulting from the last Azerbaijani aggression against the territorial integrity and sovereignty of the Republic of Armenia and presented to the approaches of the Armenian side regarding the establishment of stability and security in the South Caucasus.