Sona Ghazaryan Meets with Dutch Politician: Establishment of Peace in the Region Highlighted 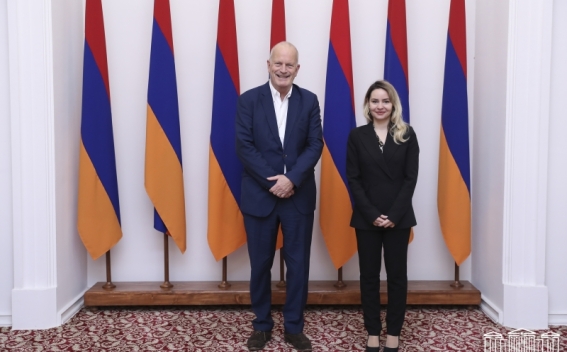 On November 21, the RA NA deputy Sona Ghazaryan met with the member of the D66 Party, former MP of the Kingdom of the Netherlands Jan Hoekema.

The prospects of the expansion of bilateral relations and agendas were discussed.

Sona Ghazaryan presented to the guest the circumstances of the offensive of Azerbaijan on the sovereign territory of the Republic of Armenia on September 13-14 and its aftermath. The necessity of the establishment of peace in the region and the importance of the EU civil observation was underlined.

It was noted that the Republic of Armenia continues the reforms in the sphere of human rights. The EU support in the process of strengthening democracy in Armenia was highly appreciated.