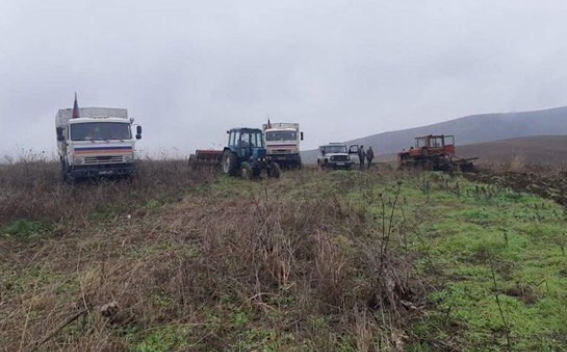 Units of the Azerbaijani army opened fire on the citizens carrying out agricultural works at 2:30 pm today, Artsakh Police inform.

The head of the Sarushen community in Askeran region reported the incident to the Karmir Shuka Department of Martuni Regional Police.

He said irregular shots were fired from the Azerbaijani side while farmers were working in the lands belonging to Sarushen community, which forces the agricultural works to stop.

On November 21, at around 11:00 am, the enemy opened fire at civilians working in the same area, Armradio reports.