Refrain from provocative rhetoric - Zakharova on normalization between Baku and Yerevan 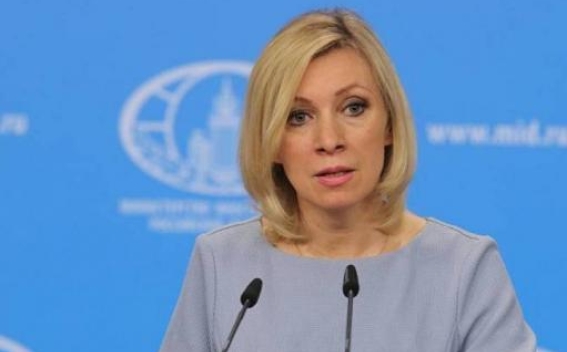 Russia will continue working on the normalization of Armenian-Azerbaijani relations in the interests of establishing peace in the South Caucasus and calls to refrain from provocative rhetoric that could lead to the aggravation of the situation in the region, Russian Foreign Ministry spokesperson Maria Zakharova said at a weekly briefing, NEWS.am reports.
According to her, "Russia maintains regular contacts with both sides, both at the political level, including heads of state and the Foreign Ministry, and "on the ground," through the Russian peacekeeping contingent and the border service of the Russian Federal Security Service to prevent armed incidents."
"Moscow proceeds from the necessity of strict fulfillment of all the provisions of trilateral statements of the leaders of Armenia, Russia and Azerbaijan, including those under the agreement of the Sochi summit of October 31, 2022 on the non-use of force or the threat of the use of force," she said.