Pope Francis vows to visit both Kiev and Moscow, if he travels 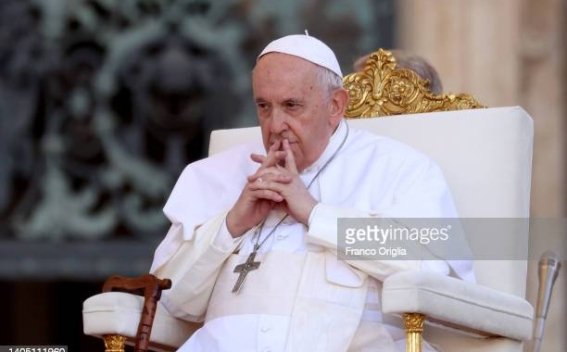 Pope Francis has decided to visit both Kiev and Moscow, if he travels at all, the pontiff said in an interview with America Magazine, published on Monday, TASS reports.

"I also thought of traveling, but I made the decision: If I travel, I go to Moscow and to Kyiv, to both, not to one place only," the head of the Catholic Church said.

The pope recalled he had spoken to Ukrainian President Vladimir Zelensky three times by phone. "And I work in general with receiving lists of prisoners, both civilian prisoners and military prisoners, and I have these sent to the Russian government, and the response has always been very positive," Francis said.

He highlighted the presence of the Holy See with the cardinals in Ukraine, including contact on humanitarian issues.