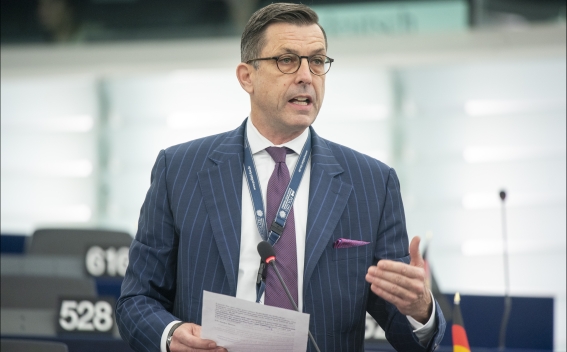 The German newspaper Junge Freiheit published an extensive article on Armenia, Azerbaijan's attack on the country, and the Artsakh (Nagorno-Karabakh) conflict, quoting the words of several Members of the European Parliament (MEPs) that the EU European Commission's natural gas agreement with Azerbaijan was a big mistake, and that it has destroyed the previously existing great trust in Armenia towards them, NEWS.am reports.

According to the article, the situation in Ukraine is having an impact on Russia, and this is probably the reason why the frozen Nagorno-Karabakh conflict has flared up again after the 2020 war.

The article reflects also on the visit of several MEPs to Armenia in early November. They were in Armenia to get familiarized with the situation on the spot and express solidarity with the country. German MEP Lars Patrick Berg was part of the delegation. Berg noted that Germany still does not want to be engaged in the South Caucasus. However, the region has geopolitical significance as a link between Europe and Asia.

"The EU should become more active. The European Commission's [natural] gas deal with Azerbaijan has broken the great trust that existed in Armenia before that," Berg emphasized.

"I believe the gas deal with Azerbaijan is a big mistake," he said.