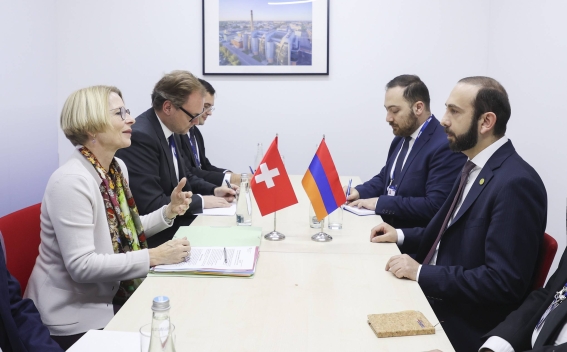 On December 1, In the city of Lodz, Poland, Foreign Minister of Armenia Ararat Mirzoyan had a meeting with Livia Leu, the State Secretary of the Swiss Federal Department of Foreign Affairs.

During the meeting, the counterparts discussed agenda issues of bilateral relations and exchanged views on the effective collaboration on international platforms.

Regional and international agenda issues were also in the center of interlocutors’ attention.

Ararat Mirzoyan briefed his counterpart on the approaches of the Armenian side concerning the establishment of sustainable peace and security in the region, stressing the inadmissibility of continuous provocative actions and aggressions of Azerbaijan against the sovereign territories of Armenia. The Armenian side underscored the imperative of withdrawing the Azerbaijani armed forces from the sovereign territory of the Republic of Armenia as well as addressing humanitarian issues.

Both sides emphasized the need to strictly observe the ceasefire regime.